On January 16, 1855, Dr. Joab Brace delivered a half-century discourse entitled, “History of the Church in Newington.” The occasion celebrated his 50 years as pastor.

His predecessor, The Reverend Mr. Joshua Belden, also served for more than 50 years. Consequently, the early traditions and history of the Church were not.

The Church first gathered on October 3, 1722 and within a decade, met many challenges to establish its place in the community. The congregation worked on its first meeting house and when it
established the Church, named it Newington Church of Christ. The Rev. Elisha Williams was named the Church’s first pastor, but after four years of ordained ministry, left to accept the position of Rector at Yale University. There are many worthy historic events that exemplify the Church’s character, devotion, and determination.

From the beginning, the members were steadfast and loyal to their Church. Reverend Brace noted documented, but passed down orally beginning with those who witnessed its founding in 1722.

Dr. Brace recalled the story in a few paragraphs: The settlers living in the “western lands” had great difficulty attending services at the mother Church in Wethersfield. The bitterness of the weather, difficulty of travel, and the treacherous roads contributed to the settlers’ demands for a closer Church. As the population moved further west, the distance to meeting house and graveyard increased.

There were petitions to the Legislature which responded by offering freedom to worship at a local site during the winter months, and release from taxation during that time frame. 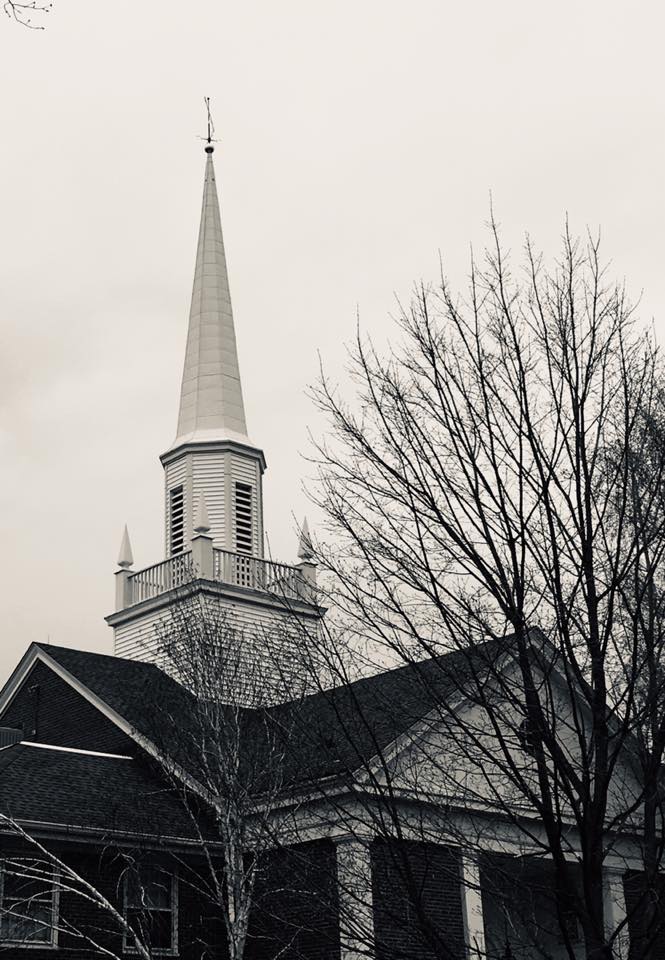 However, that it was a Puritan church with roots enriched by Calvinist soil. The Bible served as the Church’s source and guide. George Whitefield and Jonathan Edwards, leaders of the Great Awakening, inspired listeners on our site.

Even before the congregation formed a church, it began to build the first of three buildings to house its services and activities. The second meeting house was erected in 1797. Two major additions supported the active congregation and the compromise did not satisfy the concerns of the western settlers.

A notice in the Church Annals recalls the ministerial programs. In 1961, a need for a new Church building founding vote of the Church:

“At a society meeting of the inhabitants of Newington Parish assembled and held upon 12 day of September 1722 voted: The Rev. Elisha Williams be our Minister and Pastor. Also voted to keep Wednesday the third day of October next ensuring as a fast, to implore divine assistance of God in gathering a Church of Christ here, and in the Ordination of the Reverend Mr. Elisha Williams.” was dictated by a growing congregation, along with the “dry rot in the sills of its 1797 predecessor.”

One year after the 1722 founding, the Church voted to buy a drum to call worshippers to devotion and offer a “beat” to their step. The drum was also the signal to be used in time of alarm. It was around 1828 before there was a church bell. The music program advanced over the years to today’s beautiful choral and instrumental offerings. The use of musical instruments evolved from a pitch-pipe was used in the 1820s, followed by flute, bass viol, violin, and finally, the organ.

The records do not show much attention being paid to the Church’s advancement of comfort and hospitality. There is no mention of a stove even until 1829, although the records reveal a comment concerning frozen communion elements and the preacher’s “frosty breath.” In 1818, the State adopted a new Constitution which ended support for the Congregational Church and its status as the State Church.

Now each local Church was responsible for its own budget resources. Many prophets of gloom predicted dire consequences, but the Newington laity came through and within its own resources, continued the stewardship of its ministries.

Over the years, the strength of the laity manifested itself in a wide variety of community support activities. We share a heritage of welcoming newcomers to our community. In 1944, the Holy Trinity Lutheran Church met in our facilities, and in 1956, the Congregation of Temple Sinai shared in our facilities. This sharing with others continues to this day.

We look ahead with faithful hearts to tomorrow’s adventure as we listen to God’s call.

In 1961, the Church united with the newly formed United Church of Christ. We are proud of our heritage. We look ahead with faithful hearts to tomorrow’s adventure as we listen to God’s call. We remain mindful of our responsibility to care for what we have attained. Under the leadership of the Reverend Dr. Kenneth Brookes, the Reverend Melanie Enfield and the devotion of an informed laity, we have confidence that our Church will seek God’s will for us.